Promoting innovation, reform, and unity in Virginia by shining

and ideas taking us ahead.

Keep Buckroe a Beach for the People

For those who arenā€™t often in Hampton, Buckroe Beach is a rare gem, a community beach relatively untouched by human hands save for the steady creep of residential developments, now a seemingly inescapable feature of beaches everywhere. Theoretically, Buckroe is ripe for commercial expansion, but the city of Hampton ought to think twice before carrying out its master plans to develop the area. 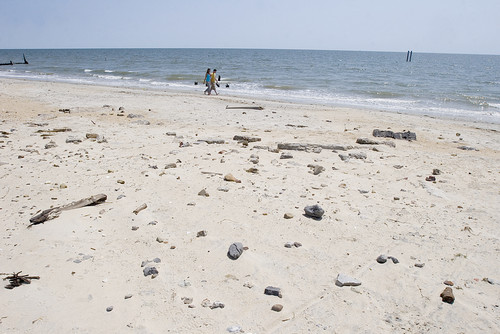 While the still-fragile economic climate means that no stone should lie unturned in the search for possible sources of revenue, any construction on the beach today establishes a point from which we cannot return to nature. A site like Buckroe Beach is the ultimate nonrenewable natural resource; the red tape that restrains construction is surpassed only by that which is an obstacle to demolition.

Southeastern Virginia is rich with beaches to which tourists and local businesses flock: one needs to travel no farther than Virginia Beach to see a successful commercial development, both an economic and cultural boon to the Commonwealthā€™s most populousĀ city. Perhaps Buckroe could become a satellite attraction and cash in on beachcombers who are reluctant to brave Beltway traffic, but are we willing to sacrifice such a site for a small cash infusion?

The intrinsic value of small natural wonders such as Buckroe Beach cannot be measured in dollars and cents, but in memories and heritage, invaluable currencies that are the stock-in-trade of generations to come, not just our own.